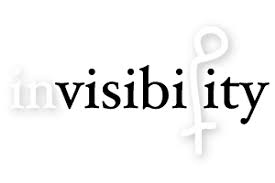 As a child I was happy to create stories and loved the escapism that they offered.  As an adult, I have now returned to the fiction form and have embarked on writing my first novel (of a trilogy). It is a blend of semi auto-biographical and fantastical elements, which feels to me like arranging a giant patch work quilt of my life: There are some favourite scraps of my own old clothes, which I am adding to, embellishing and turning into a brand new pattern.

Part of my blog challenge this month is to boost the content of this first fiction book.  Each excerpt, which will stand alone on this blog – will eventually be woven into the larger fabric of my book design.

The Politics of Invisibility

On one particularly long, quiet Saturday afternoon in May, Ariel was both simultaneously bored and excited. She had told her mother that she had home work to do, which was true in a sense, though she always suspected that her mother could see right through her half truths.  Instead though Ariel was impatiently waiting alone in her bedroom, for her mentor to arrive; which during this particular period, Mariel had a habit of doing with uncharacteristic regularity, since her lessons were now stepping up in pace.

Ariel had – gracefully if not easily- mastered the basics of her flying craft, so was keen now to experience ever more extraordinary aerial adventures.

Yet when Mariel manifested this time, her manifesto veered from flight craft, to the simultaneous and critical skill of invisibility.  With talk instead of chalk she imbibed the principles of the skill of being out of sight.  Settling herself supinely onto the single bed opposite to Ariel’s, she started to expound: “The practice of invisibility is the complex companion to your flight craft” she explained, intently.  “It has many layers and interweaving aspects that you must consider, every time you decide to take flight.

As flying is, by its’ very virtue, an unearthly practice, it carries some invisibility magic along with it, but this can only disguise you to a certain degree.  As with all magic, invisibility strengthens with clarity, intent and practice, combined with various other more conspicuous, practicalities.

Let’s start with the concept of your centred energy.  Now as you know, in order to fly, this needs to be positive and focussed.  To be simultaneously invisible, your energy also needs to be neutral.”

“Oh…” said Ariel, secretly frustrated that she was now being taught yet more difficult concepts, rather than escaping into the skies. “How can I be both positive and neutral – I don’t understand – doesn’t one cancel the other out?”

“Well no, my dear, that is not so.  Think of it not as taking away, but of adding to what you are doing – it is another layering to the silk of invisibility. It is simply a further complexity, which adds both to your skill and your protection.”

As Ariel started to protest again, Mariel cut across her breathless disbelief. “You need to be still and listen, my child. Practise what I tell you, as I tell you.  Start with your positive energy and add to that the dimension of neutrality.  The two will feel distinct as you first try them out, but give it time and practice and you will master this new art.”

Ariel acquiesced and paid closer attention.  “Let me tell you why such neutrality is so important”, Mariel continued.  “Our energy ‘signature’ radiates out from us and is its’ own subtle and subconscious form of signal to those around us.  Many, as you know, will not sense it, but there are those who will react to it, in many ways.  The darker folk – the gremlins, devils and evil doers, will use your energy to seek you out and then to bring you down, in every sense.  It makes sense then that your energy is outwardly even, rather than enervated.

Now from the dark to the dim folk.  Most earth bound creatures will not expect to see a sweet sylph like yourself in flight above their urban or bumpkin heads.  We therefore pander to this lack of expectation, and so the next layer to your invisibility is the element of ordinariness.  This is not neutrality, but rather its’ ally of the plain old fashioned boring, every day bland inevitability of most folk’s lives.  Add this into your energy signature and the ‘dim’ folk will go about their leaden lives, completely unaware of you whistling over their hair and passing through their skies.

The most important ingredient to invisibility though, is your decision to choose it and employ it, effortlessly.  As you prepare for flight, clothe yourself consciously with your invisibility.  Know beyond all doubt that you are not seen as you fly.  Decide that you are safe from dark and dim eyes, then practice this layered skill until it becomes a practice no more and simply part and parcel of your flying ritual, just a simple silken cloak, thrown on and flown away.

Now I have to tell you too, that magic and invisible practice do not make us completely disappear from the sight and sense of all of this planet’s creatures; so as well as being blasé about their blindness, you must also know, that there are always those that can see you, what ever you do to protect yourself, but that, my little pupil is probably enough energy talk for now.  We will practise what to do about the seers at a later juncture.

You must now practice this see through skill, in all that you do.  Switch in and out of it.  At school, choose times when you are invisible, employing the recipe that I have told you.  In the class room, choose to hide your self from living eyes.  Hide yourself from the haters and the hardened teachers, then choose to reveal yourself in safety, and in good company.

Never use this secret skill with your family and The Emissarriat – they cannot guard you if they cannot see you, and they are always harder to hide from, at any rate.

You see now that outside the day is darkening slowly towards evening.  Your mother will call you to dinner soon.  Let us relive the skill recipe that I have taught you today and then fly for just a short time, gliding over and round your local dark park, in deliberate invisibility.

Remember all I have told you, regurgitate, layer, then blend all the elements. Breath them in and let them inhabit, and then habit you.”

Ariel closed her eyes and let Mariel’s words wash over her and through her.  Suddenly she was in to the outside air and beating her winds gently and invisibly as she flew over the urban landscape beneath her feet.  She concentrated hard as she swooped and circuited, pulling all the invisibility elements into her flying being.  It was a hard effort of will and she could feel it quickly wearing off into plain sight as she grew increasingly tired.  All too quickly Mariel signalled for them to return, softly and blindly to her bedroom, to be left, all alone, once again.

A collection of my ‘Peachey Letters’ have been gathered together in to a beautiful book, exploring all the facets of my ‘real’ life in all its’ badness, banality and beauty. This is love seen in every aspect of the life that I live.  In it you will find the dark and the light of love, in a way that will make you think, entertain you and let you know that you are not alone in life, what ever it holds for you… You can buy ‘Peachey Letters – Love Letters to Life’ by Sandra Peachey, from book websites any where in the world, including on Amazon (in both Paperback and Kindle)…